Posted on November 17, 2014 by dgcoker.wordpress.com

The ease of the highway was unsurpassed and the lack of any type of billboard, commercial vehicle or roadside vendor set the mind at ease. The autumn beauty was in its full splendor as we traveled down the Natchez Trace to Mississippi. This was another of the monthly trips June and I dedicated ourselves to take during our 50th year as a team. Our objective was to explore this outstanding venue that once served as a trail for bison as they travelled south toward the Tennessee and Mississippi Rivers. The historical aspects of the trail are filled with folklore, battles with the French, Spanish and our own War Between the States. Within the beauty of our travel we are reminded of the death of hundreds of Native Americans and their forced marched to the west. The ‘Trail of Tears’ was one of our nation’s darkest hours.

After traveling and observing the natural beauty of the ‘Trace’, our first stop was in the

town of Kosciusko at the Maple Terrace Inn. The Inn was adjacent to the beautiful town square that is a familiar site in the south with retail stores surrounding the center of the town and a large court house dominating the skyline. The Inn was a throwback to earlier days when houses were built with 18 foot ceilings and windows reaching the floor. Beautifully decorated with furniture indicative of the 1800’s, June and I felt we were on the scene of “Gone with the Wind.”

One of the joys of staying in a Bed and Breakfast is the morning breakfast when you get to meet the other guests. Breakfast was ‘southern gourmet’ in all of its splendor. Coincidentally, sitting adjacent to me was the Director of Teacher Training for the State of Mississippi who has been charged with providing professional growth for all teachers in grades Kindergarten through Three in the effective teaching of phonics. The state has embarked upon a vigorous literacy program that is very commendable. Needless to say the breakfast that I thought would last 30/45 minutes lasted almost two hours.

On the road again, next stop Ridgeland, Mississippi the home of Mississippi’s craft center with over 150 artisans. These fine Southern crafts included vivid Choctaw baskets and pottery, old-fashioned quilts, carvings in natural wood, an array of eclectic jewelry and many, many more unique crafts. The craftsmanship and skill presented in the work on display was outstanding. After an hour or so of admiring these unusual but beautiful crafts, we continued our journey.

Clinton, Mississippi the home of Mississippi College, Mississippi’s first co-educational institution of higher learning, proved to be a pleasant and wonderful stop for lunch as we walked the streets covered with brick pavers and visited the small stores. Lunch in the deli adjacent to the bookstore with student laughter and interaction allowed June and me to reminisce of ‘days long passed’. Needless to say, we were the ‘super’ seniors.

After Travelling 342 miles of beautiful and pleasant surroundings we arrived at our destination of Natchez, Mississippi. As we checked into Linden Bed & Breakfast, a beautifully landscaped facility dating back to the 1800’s 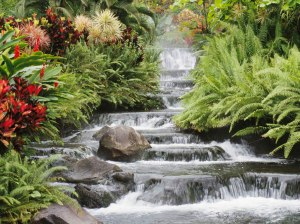 surrounded by gardens and 40 acres of manicured landscape, we were greeted by our southern hostess who was quick to announce we had to get tickets to the Angels on the Bluff. I had not seen any advertisement to any such program and my surprise was further accentuated when she indicated it was a tour of a cemetery. A tour of a cemetery, for which I had to pay? Much to my dismay I purchased two tickets to the annual Angels on the Bluff tour.

June and I arrived at the Visitors Center where we were assigned a tour guide and were transported to the cemetery located on a bluff overlooking the Mississippi River. Our guide gave us an overview of the historical aspects which dated back to the French occupation of Natchez in the early 1700’s. There were in excess of 50,000 graves which included a National Cemetery for veterans. It was noteworthy the National cemetery included many unknown Union solders.

Entering the cemetery and silhouetted on a high hill was a bag piper playing Amazing Grace. The walkways were illuminated with small bags with lighted candles. Many of the gravesites were also lighted and it was here we would meet the Angels. Adding a special ambience to the evening was the reflection of a full moon.

On this evening we met Governors, Ambassadors, gamblers and an array of dignitaries and some not so ………..   Each impersonator stood at the person’s grave they were impersonating. The presenter was dressed either in the clothing of the era or in a tuxedo. It was a classy evening filled with history, folklore, politics, spirituality and humor.

As we exited the cemetery a gentleman with a rich baritone voice was singing “Amazing Grace.” We both agreed we had created a ‘memory’ unlike anything we had witnessed before.

The following morning I was anxious to meet breakfast guests and get acquainted. Occurring in Natchez, simultaneous to the Angels on the Bluff, was the national Antique Forum which was composed of connoisseurs of antiques from around the world. When June found out this forum was to take place the weekend of our visit, she had to bring this old piece of pottery she had recently purchased from her favorite “shop” in hopes that she could find out what it was. Several of the guests in attendance at breakfast were in town for these events. Seated next to June was an appraiser from the television program Antique Road Show which is one of June’s favorites. It was exciting to have this special guest sitting next to her, so, of course, we had to rescue this piece of pottery from the back seat of the car and bring it to him to look over and learn more about it. By the end of breakfast the eight visitors were laughing and enjoying each other and June had decided she did not want to part with her special pottery.

In the 18 and 1900s, cotton farms were in abundance in the region. It was classified as a ‘cash’ crop and local merchants supplied the United States and Europe with cotton. These merchants built homes on top of the bluff overlooking the Mississippi river. The homes were astounding in their architectural design, beauty and presentation. It was here we decided to begin our third day.   Natchez has done a magnificent transformation of the bluff area and designed pathways including benches, landscaping, etc. making a walking visit very pleasant and enjoyable. On this particular day another event was occurring that raised the level of excitement. The annual chili cook-off contest.

Rows of ‘want-to-be’ chili champions lined Canal Street requesting you to sample their particular chili and vote theirs as the best. Each person was given a small cup/bowl and you went from vendor to vendor tasting their particular recipes. June made it through the first two cooking areas before turning in her chili bowl. Spicy is not on her list of favorites. I made it through six stops and ate more saltines than chili.

As we began our trip back to Tennessee we again enjoyed the outstanding beauty of the State of Mississippi. Cotton fields were white waiting for harvest with Spanish moss hanging from the trees adding a special touch. 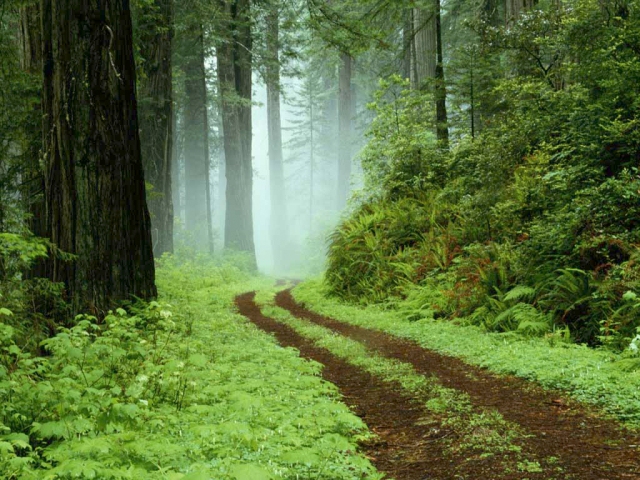 We had wanted to visit Oxford and Holly Springs but we decided we would return to this beautiful area in the near future. Traveling the back roads of this beautiful nation is one of our favorite things to do together.