Posted on January 20, 2016 by dgcoker.wordpress.com

It was a blustery, cold day with showers of snow in Demorest, Georgia, January 25, 1964.  The Great Room in Commons Hall had been dressed in gala wedding decorations.

The students’ musical band had their instruments in readiness.   The cake was scheduled to arrive at the appointed time.  Families, college faculty and a large contingent of students made their way to the Federated Church located on the hill overlooking the college.  Today was special, June and Gary were getting married.  June, an urbanite from Massachusetts, and Gary from rural Georgia were from different geographical parts of the country and represented a blending of cultures.  Their courtship had begun with casual dating during Gary’s sophomore year and blossomed into the activities of this day.  52 years later with stops in Kalamazoo, Michigan, Nashville, Tennessee, Charlotte, North Carolina, Atlanta, Georgia, Greensboro, Georgia and Sewanee, Tennessee, the couple embrace retirement surrounded with the love of three boys, their wives and nine grandchildren. 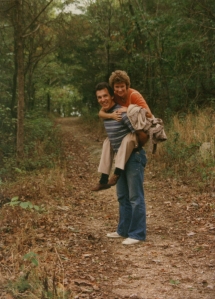 The reporter, pad and pencil in hand, came for the interview with the topic of marriage and longevity.  The first question was a big one, “what are the top five characteristics you consider contributing to your 52 years of marriage?” My immediate response was, “only five?”  My next comment was, “can June and I just talk, and you listen?”  This was not foreign territory for the two of us.  On a frequent basis, early morning, at night, before going to bed or when there are issues needing addressing, we will laugh with each other and “call a committee meeting.”  With reservations we narrowed our thoughts to five.  Not in any particular order or hierarchy.

First, God centered.  Notice I did not say church or religion, but centered upon the teachings of God as revealed in the Bible. It is these teachings that serve as a baseline for everyday living. At times it has proven difficult and at times we have stumbled and fallen.  In these cases we bring ourselves back to the center.

Thirdly, Courtship.  What was it about your spouse that initially attracted you?  Was it the smile, that look, was it laughter,  enjoying each other’s company,  their attractiveness.  Whatever they were be sure to  keep those fires burning.

Fourthly, a cheerful heart is good medicine.  Often after observing a couple in a restaurant or in everyday life, my remark to June is “I am sure glad I married you.”  That comment is the direct result of observing what appears to be unhappy people. After  your spouse has been gone for the day or longer, greet him/her upon their arrival with cheerfulness.  Play together, laugh together, be a good listener, have fun.  Really work at not growing apart or letting something or someone have more of a prominent place in your marriage than your spouse.

Fifthly, Look forward.  Even though there are days we wish we could change some things that have happened in the past, there is a reason the rear view mirror is so small and the windshield is so big.  Where you are headed is more important than what you left behind.

Retired in 2008 after 40+ years in education/psychology as researcher, teacher, administrator and college professor.
View all posts by dgcoker.wordpress.com →
This entry was posted in Uncategorized and tagged core values, longevity, marriage. Bookmark the permalink.