Posted on February 28, 2017 by dgcoker.wordpress.com

My morning routine includes starting the day with a time of reflection and reading the daily paper. This morning, as in previous mornings, the headlines were about an ISIS attack and a bomb explosion in a restaurant. Some senator was wailing about the vetting of foreign immigrants coming to the United States. There were four articles condemning the new President for tweeting and the disgrace he presented. The local news was filled with a robbery of a liquor store on the lower side of town. It was chaos as usual in three large cities where people were killed for no apparent reason. I will end my day similar to how I started by listening to the evening news. I bet the news will be the same. Somebody takes a hostage. Somebody steals a plane and the everlasting condemnation of the President (see Romans 13). And if that was enough, the Evangelical Society of Canada decided to “UN-invite” Franklin Graham to their National Convention due to  his beliefs about “transgender” and “same sex marriages.”

Negativity and the constant bombardment of negative thoughts takes its toll on the human psyche. Psychotherapy warns people in depression to stay away from negative people. However, it is in the direction of negativity our society is drifting. We need an old fashion “pep rally”.

In my ideal world I am declaring the day, week or month of good news. During this time there will be no reports of assassinations, children will play and laugh in the yard. Nobody robs a liquor store. Nobody burns a single building down. Nobody fired a shot in anger…..nobody had to die in vain. And the old adage “if you cannot say something good, you won’t say anything” will be strictly enforced.

This ideal world will begin with a new paradigm or world vision where each of us will look at a bad behavior and immediately “flip it” into a positive behavior. This will take practice and time but it can be done. The result will be the changing of negativity into good news. Let it begin… and let it begin with me. 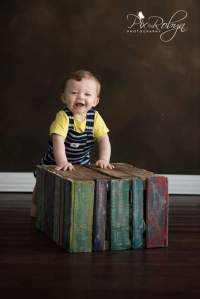