The British relay team had worked diligently honing their skills for the 2012 summer Olympics. 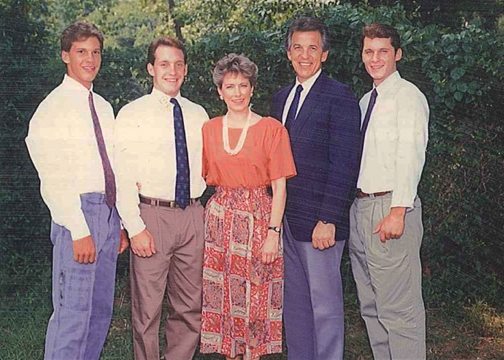 The four members of the team were considered some of the fastest in the world. One aspect of the relay race, the passing of the baton, had been rehearsed and rehearsed. The criticalness of the ‘pass’ could not be over emphasized. In the relay race one runner comes to the end of his/her ‘leg’ of the race and begins to run tandem with the next runner for a period of time until the baton has been passed.

It was with great anticipation as the stadium spectators stood to their feet to view this very exciting event. At the end of the first ‘leg’, there was a gasping of breath and the onlookers could not believe what had happened. The first runner failed to make a smooth transfer of the baton to the runner. The baton had been dropped and the team lost valuable time resulting in their failure to finish in a winning position. I use this illustration as a means of emphasizing what I consider to be a dropping of the baton when it comes to our society of millenniums (ages 30 and below).

In our society there are two curricula; a formal curriculum usually taught in school and a second informal curriculum taught at home. In a genderless society both parents must carry the baton, however, traditionally MOM carried the baton with the hidden curriculum. It was mom who reminded us of the basics, put your napkin in your lap, sit up straight, get your elbows off the table, don’t play with your food, don’t interrupt when someone is talking, wait to eat until everyone is seated, and so on. The big one was, wait to start eating until everyone has been seated. It’s mom who, more often than not, is the enforcer. The one who can control the situation with that ‘look.’ But most importantly it is the positive example she sets for her children that makes the difference. It is the same stuff she learned from her mother and her mother from her mother.

Our freedom seems to impede our baton passing. What ever happened to those ‘lady’ lessons that all young girls learned? Use proper table manners, sit up straight, grace with style, gentle, community minded, honest, nurturers, and my favorite, being a good cook.

When the race of those teen years is over what will your children be doing? They will be doing the things you have taught them. When they step on that college campus or in the world of work it will be the core values, i.e baton, you have taught that will guide them.

Mom, Dad, I encourage you to have a family meeting and make a list of all the things you do in your daily lives that represent social etiquette, respect and responsibility. Some will be best taught with Dad carrying the Baton. Some will be best taught with Mom carrying the baton. In any case they are the values you want your children to possess when they leave your home. Remember, the four R’s of a happy home. Rules and Regulations without Relationships lead to Rebellion. Don’t drop the baton. If the baton has been dropped, pick it up.